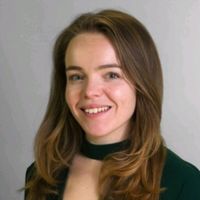 When we consider personalised medicine, many people think of it as a futuristic principle, something that we are still working towards as an industry. However, scientists at the Division of Genetics and Genomics at Boston Children’s Hospital have transported this to the present day. In less than one year they took their patient, Mila Makovec, from diagnosis to treatment using a therapy which was specifically designed for her. Mila suffers from a rare and fatal genetic disorder, Batten Disease, which affects the brain and nervous system. For the majority of patients the disease usually starts to become symptomatic in infancy or early childhood after previously showing normal early development, with a rapid decline and eventual early death.

Batten disease is caused by a mutation within one of a dozen known recessive genes, collectively referred to as the CLN genes, and so for a child to suffer from this condition they have to inherit a mutated copy of one of these genes from each parent. The impact of these mutated genes in Batten disease are not fully understood, though they are thought to interfere, through many different mechanisms, with a cell’s ability to breakdown and recycle their waste products. As the disease begins to progress the nervous system steadily starts to decline resulting in a wide range of neurological problems, such as vision loss, clumsiness, reduced speech and seizures. The rate of progression is also not fully understood, though for children born with this disease their life expectancy is considerably reduced with most dying in early childhood, or in a best case scenario living into their teens or early twenties. Currently, partially due to the lack of understanding of the function of the CLN group of genes, there is no treatment or cure for this disease…except for Mila.

When 5 year old Mila started showing signs of modest language, social regression and an increase in clumsiness and stumbling her parents became concerned and took her to her doctor. A few months prior to Mila turning 6 her progression of symptoms had accelerated considerably and she was hospitalised due to their severity. Doctor’s initially were able to identify the CLN mutation which was inherited from her father, however without full genome sequencing they could not find whether she had inherited another mutated CLN gene from her mother, making her diagnosis uncertain, and the family were sent home and told to enjoy the time they had left as a family. Not only did they not have all the answers, but as a genetic disorder without knowing Mila’s second mutation they also could not rule out that Mila’s younger brother would not also go on to develop Batten disease. It was after this that Mila’s mother started the Mila’s Miracle Foundation, trying to find someone to sequence her daughter’s genome to help them find the answers they were looking for. This is when Timothy Yu, MD, PhD, and his team at Boston Children’s hospital stepped in.

Upon receiving permission from Mila's parents researchers in the Division of Genetics and Genomics at Boston Children's Hospital were sent samples to run her entire genome. After the genome sequencing Yu’s team could not find any traditional types of mutation within any of the 14 known Batten disease genes, so they decided to manually trawl through the data themselves. Following days of meticulous manual inspection of the data they found an oddity within the pattern of Mila’s genetic sequence, which was mirrored in her mother’s. They found that a foreign section of DNA had found its way into the middle of Mila’s CLN7 gene, causing a break in the coding DNA. This foreign section was a transposon, or jumping gene, causing her RNA to want to code the broken gene, which in turn compromised the production of the CLN7 protein. In Mila’s case, as luck would have it, it was a retrotransposon, meaning it uses the cell’s replication machinery to copy itself, and the Division of Genetics and Genomics had recently hired Alice Lee, a world expert on retrotransposons.

In April 2017, Yu phoned Mila’s parents to share their genetic findings. They confirmed the Batten disease diagnosis, and provided the relieving news that Mila’s little brother had no risk of developing the disease. He then provided the sentence that any parent of a child with this disease would long to hear…I think we have an idea of how to help Mila.

Following on the successful approval of the drug Spinraza® in Spinal Muscular Atrophy (SMA), Yu and his team started to look at developing a similar drug to treat Mila’s Batten Disease. Spinraza® is an antisense oligonucleotide therapy, a segment of artificial genetic code designed to bind to a piece of the genome, and change how it is read by the RNA. The data generated by this drug in clinical development and trials, showed that this type of drug can be administered through a spinal injection, increasing the number of cells taking up the therapy in comparison to standard gene therapy. It also showed that these types of treatment were very safe. The team sought to create an oligonucleotide that would hide the retrotransposon in Mila’s mutated CLN7 gene, meaning that the gene should then code for the correct protein structure. By the summer of 2017 they had a proof of concept, and a lead candidate ‘milasen’, but they needed a company to manufacture the drug in quantity and to convince the FDA to approval an n of 1 clinical trial, without having shown its efficacy in an animal model (as there is no animal model of Batten disease).

Yu then started to seek out an industry to help manufacture the drug. After many calls he eventually found TriLink BioTechnologies and Brammer Bio, who helped to manufacture milasen on an expedited timeline, and for toxicology Charles River Laboratories stepped in to provide assistance, along with many volunteer advisors who helped in the development of the FDA dossier for approval.

Permission was finally granted by the FDA for the n of 1 trial in January 2018, this approval set a huge precedent. Although n of 1 trials had been approved for known drugs being repurposed it had never been used to gain approval for a brand new therapy. Two weeks later Mila received her first of a series of nine escalating, biweekly doses of milasen, given under general anaesthetic. These escalating doses continued through until June 2018, and she received her first maintenance dose (given every three months) in August 2018. Almost two years on from that landmark approval from the FDA Mila’s therapy and her early results have been published in The New England Medical Journal, but more importantly she appears to be improving. Prior to starting treatment Mila had been suffering from around 30 seizures a day, each lasting between one to two minutes, now typically Mila has between 0-10 seizures a day, though they only now last a few seconds. In March 2019, Yu and his team decided to increase the frequency of Mila’s maintenance injections to once every two months, in an attempt to further curb her seizures which seemed to follow an upwards trend towards the end of the three month period. As well as curbing her seizures the treatment has improved other aspects of Mila’s condition. Her swallowing improved, she was better able to hold up her neck and body when walking and standing, with some assistance, and she is beginning to attempt speech.

This story is phenomenal and shows how pharmaceuticals, as an industry can make a life changing difference to our patients lives. But how do we take advantage and best utilise this story to provoke and demand the changes necessary to take this story from an exception to a rule? Boston Children’s Hospital have started to take steps to make this dream a reality, by converting Yu’s process for developing milasen, from diagnosis to synthesis and treatment, into a protocol for handling similar cases at the hospital. In rare disease we could really begin to see a benefit, if this protocol is successful.

Approximately 80% of rare diseases have a genetic cause, and many of them have no animal model, significant research into the mechanism of disease, or therapy options to help patients, let alone actually alter the mechanism or progression of their disease. As the data continues to come out from the milasen trial, and potential new trials as the protocol gets used, we will be able to track outcomes, as well as better cost-effectiveness which could lead to further use. This trial doesn’t only mean a lot to the scientists that made it happen, the family whose little girl is beginning to improve, or the industry that hope to utilise the same protocol, but also the millions of patients around the world living with an untreated disease. The hope this trial brings needs to be seized to take it forward and not let this trial become a fantastic one off achievement, as an industry we have a commitment to continue using this technology to develop new medications to help those who traditional medicine continues to fail.

In an unprecedented move, a drug has been entirely custom-made for a young girl diagnosed with Batten disease; Mila Makovec. 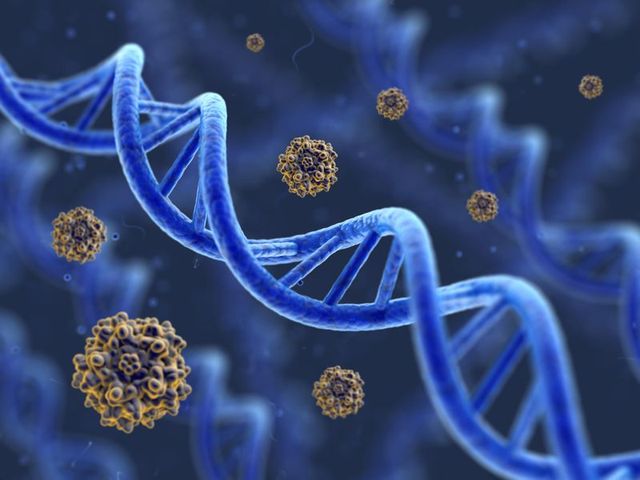 Wow! What an honor to have @NIHDirector Francis Collins @NIH write such a personal and encouraging article on Mila's treatment and the impact it is already making across medicine, including in his own lab.https://t.co/IcuieJuXm6#savingmila #stopbatten #milasmiracle #milasen pic.twitter.com/sOzkQ7ebzT

Charles River is proud to be part of the essential team that came together to develop a highly personalized treatment for Mila. Learn more via @RyanCross & @cenmag: https://t.co/vxbrjGxfm6

A new drug, created to treat just one patient, has pushed the bounds of personalized medicinedrug, described The New England Journal of Medicine, believed to be the first “custom” treatment for genetic disease. It called milasen, named after the only patient who will ever take it