Hire cognitive diversity whilst providing psychological safety. This may not have been David Rowan’s intended primary message at his Innovation talk in London’s Westminster University last Wednesday, 22nd May, but it’s what struck the strongest chord with me as I left the hour long seminar listening to the founding editor-in-chief of WIRED’s UK edition (2008-17) and ex-columnist for The Times, GQ, Condé Nast and The Guardian.

After the talk, fuelled by tacos and encouraged by some of the real life examples of true innovation shared by this futures journalist, my Cello Health colleague Nick Delimpaltadakis and I were furiously discussing how this can be applied to the Life Science industry that we both serve. Here’s a few things we took away:

1) Cognitive diversity – hire in breadth: David made an example of X, Google’s blue-sky new-venture business, whose recruiting policy focusses on diversity of background and skill-set, to the extent that you will find ex-concert pianists and ballet dancers working in teams developing the next big thing that the world might need. This reminded me of some themes from Think Like a Freak: How to Think Smarter about Almost Everything, the sequel to the renowned Freakonomics series by Levitt and Dubner, where fresh thinking can often come from unexpected places

The Life Sciences industry is so technical and highly regulated that we may assume a very specific skill-set of scientific, legal or regulatory expertise is required to generate new ideas that will actually work – but with the proliferation of curative gene therapy and CAR-T technologies, everybody appreciates the need for a new approach to commercialising these revolutionary treatments. See Nick Delimpaltadakis’s recent article on what Pharma reimbursement systems can learn from Netflix’s subscription-based service. Is there a job at an HTA for an ex-Netflix employee?

2) Psychological Safety – have permission to break the rules: Creativity from cognitive diversity can only flourish in an environment where trial and error is not only accepted, but encouraged. (Google's Project Aristotle studied 180 Google teams, conducted 200-plus interviews, and analyzed over 250 different team attributes over 2 years to understand the secret formula for team effectiveness. Check out characteristic number 5 in their findings: https://www.inc.com/michael-schneider/google-thought-they-knew-how-to-create-the-perfect.html....) David also spoke of an innovation focussed CEO he recently interviewed, who said of himself: “I want to be the least powerful CEO”. I found that somewhat refreshing in a world today where CEOs are burdened with ever more scrutiny and shareholder pressures. Nokia was an example we heard that constantly created new ideas since the 1800s, including rubber boots, car tyres, developing radio networks in forest, inventing text messages and becoming the biggest maker of mobile phones in the early 2000s. Organisations need to be given permission from the very top of the decision-making tree, that their employees can break rules and do things differently. This reminded me of something said by a relatively well known Spanish cubism artist: “Every child is an artist. The problem is how to remain an artist once we grow up.”

In such a risky industry like Life Sciences where failure-rates are so comparatively high, you could argue that this psychological safety mind-set is already prevalent, as CEOs and CIOs expect 99% of lab ideas to fail before that one drug reaches approval and onto the shelf. However, I wonder if there is a way this can be streamlined to ensure innovation is more efficient, bringing me on to another point which David made:

3) Encouraging failure must be tempered with achievable targets that are strictly reinforced: Using X as an example, David explained how they enforce a strong commitment to kill projects if they don’t meet specific milestones. These milestones may be financial, or they could be targets more pertinent to the product development cycle. This rule ensures that projects are assessed objectively, and limits bias and favouritism of inventors who feel too close to the project and are unwilling to let it go.

In an environment where true scientific innovation often comes from academic institutes who may not be as financially dictated as the BioPharma industry, there may be room to bring in a commercial viability assessment even earlier in a product development life cycle. We at Cello are often approached by biotechs to perform Market Opportunity Assessments for early stage assets, and we understand that the earlier a go/no-go decision can be made, the better the resources can be funnelled into another promising pipeline idea.

As David wrapped up his presentation, he opened the floor to questions from 100 wide-eyed city-based executives all hoping to squeeze a last drop of insight from this man. “What would you advise we do to be more innovative?” was the last question of the day to which David’s answer made me chuckle. He said: “Stop saying ‘be more innovative’, innovation is something which naturally comes from the right environment”. It would appear true from all the anecdotes David had given that evening – Innovation requires the platform and culture to blossom, it is not something you can simply acquire, summon or demand. Learning to bake a cake is an acquired skill, innovation is a natural result of diverse creativity thriving in the right environment.

I will be working with my colleague Nick Delimpaltadakis to write a series of innovation inspired articles, where we take learnings from other industries and apply them to the BioPharma environment. Watch this space.

Have you got any examples of real innovation you’d like to discuss? Leave a comment or get in touch!

Stop saying ‘be more innovative’, innovation is something which naturally comes from the right environment 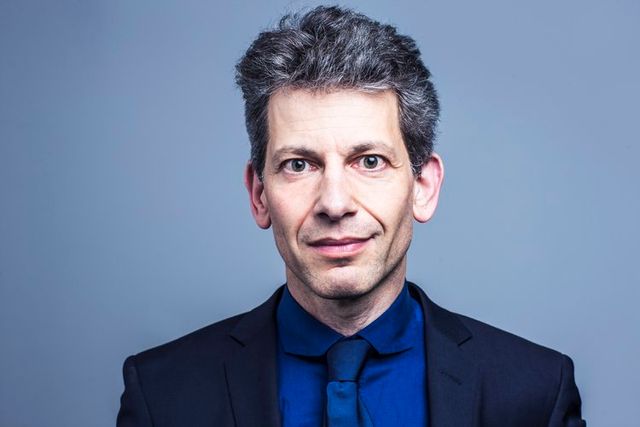