Kenan Malik wrote an opinion piece in the Guardian this week (Sunday 5th May) that summarized a key problem facing R&D in pharma; those most in need are likely those most unable to pay for drugs and vaccines.

GSK's RTS, S vaccine, that prevents Malaria in 40% of those vaccinated, has been rolled out in Malawi, Ghana and Kenya, with the WHO hoping one million children could be immunized by 2023. This vaccine cost GSK $700m to create and 30 years of research but they admitted this type of endeavour can't be repeated by them. Why? Because drug research is funded by multinational companies charging high prices for products, tailored to wealthy countries who can pay. Their return on investment is nil, but the impact on those affected by Malaria is immeasurable. This vaccine was created for the better good, because we needed one, desperately and not for the profit margins it could make.

Great research is done already, in oncology and neurology and many other diseases areas. Can't we do more of it but in an area that affects the well being of people outside the wealthy west?  Can we set our sights on achieving real 'groundbreaking' results that can change the lives of millions of people - regardless of the money in their pockets?

The Ebola outbreak between 2014 and 2018 in West Africa killed 11,325 people, according to the CDC, and brought the threat of Ebola home to wealthy nations outside Africa. The highly infectious nature of Ebola and its high mortality rate drove nations and industry to come together in an unprecedented way to investigate and create a vaccine in record time. These vaccines didn't undergo the years of research, they are not commercially available and are only used in 'compassionate grounds' according to the WHO but they provided hope, a lifeline to those whose lives were at great risk. It's worth noting that Ebola is still a real and significant threat to life, while it may not be receiving the news coverage it did during the previous outbreak. The virus is active in the Democratic Republic of Congo and as of April 30th 2019, 1495 cases have been confirmed of which 984 died (case fatality rate 66%).

We shouldn't need an epidemic knocking on our wealthy doors to invest in the development of treatments and vaccines. Pharma needs an R&D model that facilitates, alongside the standard R&D approach, the development of assets for the greater good of humanity.  However, the burden shouldn't be theirs alone to carry. This model needs to include the support of other nations, charities and relevant bodies to fund and work towards a more just approach to drug and vaccine development.

There are about 240 vaccines in early stages of development for diseases that predominantly affect people in non-western countries. Yet only a handful have in recent years made it through the pipeline for use in low-income countries. It’s an indictment of a system in which profit talks but needs are neglected 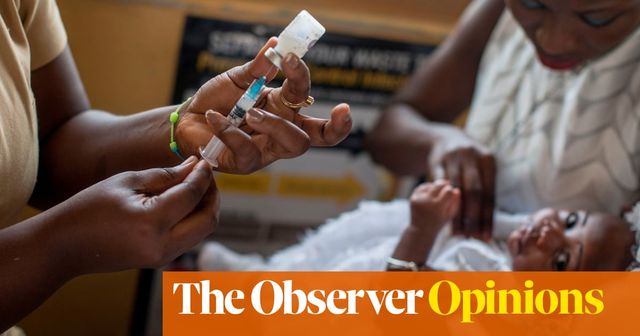