As a species, we are driven to explore and discover the unknown, looking further beyond our world and, even recently, photographing a black hole for the first time. This amazing achievement, that may answer some of the biggest questions in physics, doesn’t mean that we have to reach out into the depths of space for scientific discoveries. The human body continues to surprise and amaze us and the microbiome is a driving factor.

Until a few decades ago, microbiologists had to grow microbes in a lab to identify them, yet the vast majority of microbes can’t be cultured this way, limiting the scope of our understanding. Thankfully, today we have metagenomic sequencing, which identifies microbes by their DNA. The microbes in our gut leave their DNA in our faeces and so by harvesting a little snippet of their DNA and using some smart software, we can reconstruct their whole genome. In 2013, a whole new organism was discovered this way: Melainabacteria. The microbiome remains vastly unexplored; we don’t know who all the tenants are, let alone who the ‘good’ ones are keeping the house tidy or those we’d like to ‘evict’ for being ‘bad’.

Eric Bapteste, an evolutionary biologist at the Pierre and Marie Curie University Paris, and his team in 2015 found DNA so unusual in the human microbiome that it hinted at a fourth domain of life. This research built upon work completed in 2010, exploring life forms living in our oral microbiome. They found genetic material belonging to two rare groups of bacteria known simply as TM7 and SR1. These microbes are not only rare but only have a quarter of the genome of more common microbes, such as E. coli. They are so small that they appear to be missing genes thought essential for independent life. This could mean they survive only in intimate symbiosis with other cells. Further study of these small genome bacteria has led to the creation of a single evolutionary branch called Candidate Phyla Radiation (CPR), challenging our understanding of the tree of life.

The discovery of these ultra-small bacteria with tiny genomes and the CPR ‘subdomain’ has had profound effects on how we conceive the microbiome. CPR bacteria comprise no more than 1% of the microbiome populations but are more abundant in people with certain conditions, such as IBS. So are they a key driver of inflammation?

To answer this question a TM7 strain was grown in a lab, (becoming TM7x strain) yet this wasn’t easy and to date, it remains the only CPR bacterium successfully cultured. TM7x could only grow if a strain of another oral bacterium called Actinomyces odontolyticus, which itself causes inflammatory disease (if overabundant in our microbiome) was present. This microbe-on-microbe parasitism exists elsewhere in nature, but this is the first time it has been observed in humans. More interestingly, or terrifying to be more accurate, when A. odontolyticus are parasitized by TM7x they gain the ability to avoid detection by our immune system. So while CPR microbes may not themselves be harmful as far as we can determine today, their parasitic way of life could potentially give another more dangerous microbe the ‘upgrade’ required to become a serious threat to human health.

We know that microbes 'fight' for territory in our guts and the overabundance of one or another can be harmful therefore, competition is necessary to keep us healthy. However, this recent research reveals players we didn't even know existed, using tactics we didn't know existed in our bodies, which could not only influence the territory fight but also expand it to an immune fight.

Recent research shows that our bodies are home to microbes unlike anything science has encountered before – some so alien that they are rewriting the tree of life. What’s more, this microbial “dark matter” could be having a profound effect on our health, for better and worse 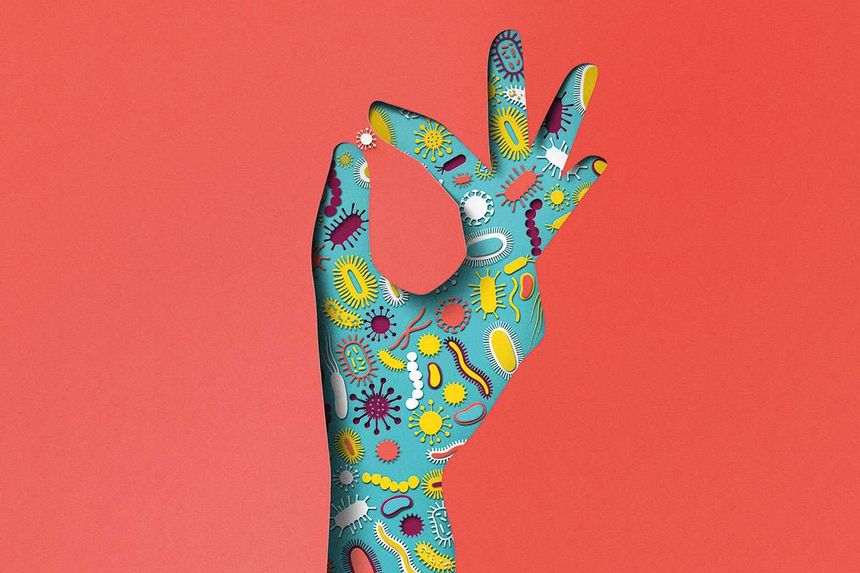 We contain microbes so deeply weird they alter the very tree of life https://t.co/yO5oRuyZd9 pic.twitter.com/Y4bXAU7JGx

We contain microbes so deeply weird they alter the very tree of life | New Scientist https://t.co/RkFGWmBF9m