May 2018 marks the date that minimum alcohol pricing comes into effect in Scotland as part of a long-term strategy to tackle alcohol misuse. The nation has the highest alcohol sales within the United Kingdom, with correspondingly high alcohol-related hospitalisations and deaths.

This policy has been a controversial one, with vocal objectors including the Scottish Whisky Association. The policy was taken to the UK Supreme High Court, who ruled in November that a minimum price on alcohol sales was legal. With the go ahead for implementation the Scottish Government will be able to showcase a comprehensive approach to tackling alcohol misuse which includes:

establishment of alcohol and drug partnerships

The approach being used is very similar to the WHO Framework Convention on Tobacco Control, which has been seen to be successful to a degree in those countries that have followed through on full implementation.

Practically, the policy will represent a 50 pence minimum unit price for all alcohol. A review by the Institute for Fiscal Studies shows that this will have an impact on prices of 37% on average. Further than this, it is estimated by the Scottish Government to have the potential to "cut the number of alcohol-related deaths...by 392 in the first five years and reduce hospital admissions by 8,254 cases".

In isolation the predicted reduction in alcohol related deaths seems impressive, however when compared not only to the most recent 5-year moving average figure (approximately 1150 in 2012), but also to the total number for 2016 (1,265, an increase of 115 on 2015), these figures represent a fairly small improvement. Unsurprisingly with this comparison, there are a number of people suggesting that the minimum price is not enough to make a substantial change in outcomes. The 50 pence limit was set in April 2017, and does not take into account "inflation and "other factors" that have appeared since". The government has committed to a consultation on the exact figure, but is strong in the opinion that this amount will be maintained.

Further to this, some studies have suggested that the alcoholic beverage industry is fairly inelastic in terms of price changes. This means that small changes in price are unlikely to have a significant impact on consumption levels. There are a number of reasons for this, one of which is how addictive and habit-forming alcohol consumption is, another being customer loyalty to certain types of drink such as blended Scotch Whisky. Therefore, there is a high possibility that people will continue buying alcohol at similar levels even with the increased price.

However, whilst price elasticity is low on average, it can be seen that young people's consumption is the most price elastic, supporting long-term aims of this policy. A study from the University of Sheffield published in April 2016 suggested that "alcohol-related deaths would fall by about 120 per year by year twenty of the policy". By reducing the number of young people misusing certain types of alcohol, there is an opportunity to reduce the number of individuals who form long-term unhealthy relationships with alcohol.

Another potential issue for the impact of minimum unit pricing is the open nature of the border between Scotland and England. As seen when Denmark introduced a 'Fat tax' on saturated fat usage, there is a large potential for people to avoid the price rise all together and cross borders to import these products. In this case by driving over the border to England to buy cheap alcohol, which could not only represent increases in the number of alcohol-related accidents for England, but may also have a negative effect on businesses in Scotland, as money will be being spent outside of the system.

Finally, this policy will not affect all alcohol sales, as many are already sold at a price higher than the 50 pence per unit minimum. In line with this, "Pubs and bars are unlikely to be affected as they usually charge much more than 50p per unit". The minimum alcohol pricing policy is likely therefore to only impact the cheapest own brand spirits and cheaper ciders and beers. Consequently, this policy is likely not to have a substantial effect on a large proportion of the Scottish population.

The road to implementation for the Scottish Government's minimum alcohol pricing legislation has been long and wrought with difficulties. Whilst it has the potential to impact worrying public health trends in Scotland, there are a number of queries regarding how much the actual impact will represent in outcomes, and whether the policy will be as effective as is claimed. The policy is due to be reviewed within 6 years of implementation, a report which could have a global impact on global public health and the alcohol industry as all eyes are on Scotland with their experimental policy.

"a minimum price of 50p would cut the number of alcohol-related deaths in Scotland by 392 in the first fice years and reduce hospital admissions by 8,254 cases." 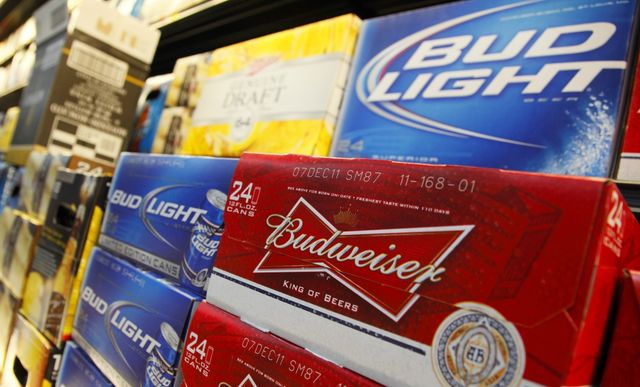 ICYMI: Cost of drinks in Scotland to increase by 90% because of minimum alcohol price https://t.co/hu0vbjwHDz